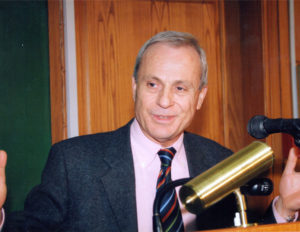 Professor Creatsas has published more than 433 papers with more than 4591 citations ( h index 33) in international peer review Journals in the fields of corrective gynecologic surgery, menopause, pediatric and adolescent gynecology and family planning. He is the Editor of 15 proceedings and 5 books in Obstetrics and Gynecology. He is Honorary Chief Editor of the European Journal of Contraception and Reproductive Health Care, Chief Editor of the Journal of Adolescent Gynecology – Reproduction and Menopause (Greece) as well as member of the Editorial Board of the Journals: Acta Obstetrica Gynecologica Scandinavica, Gynecological Endocrinology, and European Journal of Obstetrics & Gynecology and Reproductive Biology.

His main topics of scientific interest are Pediatric and Adolescent Gynecology and Reconstructive Gynecologic Surgery as well as Contraception. He has developed a surgical technic for reconstcuction of vaginal aplasia modifying the Williams Vaginoplasty.- “Creatsas vaginoplasty”: Creatsas G. et al Creation of a neovagina after Creatsas modification of Williams vaginoplasty for the treatment of 200 patients with Mayer – Rokitansky – Kuster – Hauser syndrome. Fertil Steril, 94, 2010).